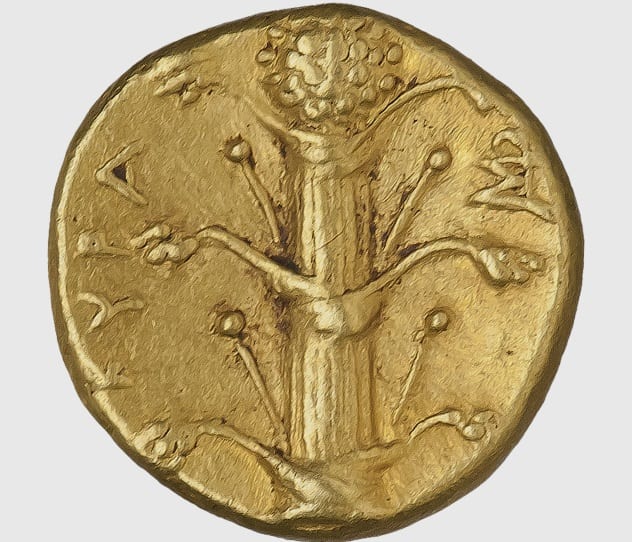 In the old region surrounding Cyrene, a plant grew in Roman times that was always in very high demand. This plant, which was called silphium, was sought after because it was highly flexible. It was tasty whether roasted, boiled, or eaten raw.[7] Its sap, when dried and grated, was a great addition to most meals, and it was also used to make perfume. It played a central role in many herbal medical treatments, especially for “growths of the anus” and treating dog bites. Finally, and perhaps most incredibly, it also seems to have been taken to “purge the uterus,” or as an early form of contraceptive.

It became a key part of Roman and Greek culture, referenced in poetry and literature. It even appeared on the backs of some Greek coins. Cyrene, for its part, became incredibly rich off the back of the silphium trade. Julius Caesar also recognized its value, keeping 680 kilograms (1,500 lb) of it in the national treasury.

However, the plant would only grow in the region immediately around Cyrene, and the many attempts to cultivate it all failed—even those led by the Greek botanist Theophrastus. It had to be gathered in the wild. In later periods, the kings of Cyrene tried to protect it by fencing it off, but they were unsuccessful. By the mid-first century AD, it had all but disappeared. The last recorded specimen, appearing sometime between AD 54 and 68, was presented to Emperor Nero as a curiosity. 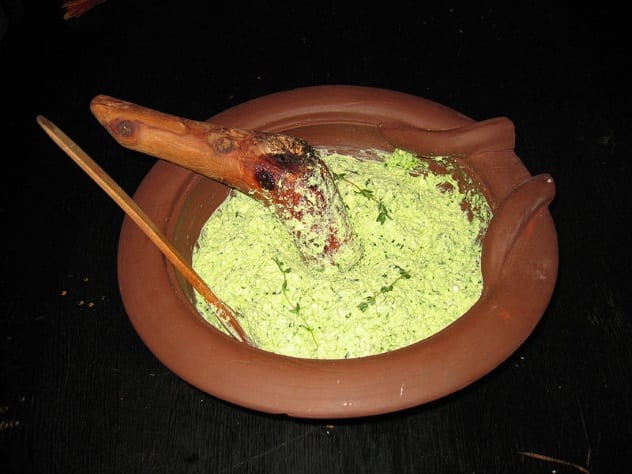 So, the diet of an average Roman soldier or laborer was bread, porridge, and vinegar-water. Not much to get excited about. However, the poet Virgil writes about a peasant plowman preparing his breakfast in one of his poems. He makes himself some moretum, or cheese salad, which he eats with a flatbread.[8]

Roman cuisine was very bold in its flavors, and though the poorest would have lived off a simple diet, even the cheapest sauces—like the one in this poem—were still packed with taste. The farmer’s cheese salad was basically a garlic sauce. It was made with aged sheep’s or goat’s cheese, parsley, rue, dill, coriander, salt and vinegar, olive oil, and four whole bulbs of garlic, all crushed into a paste with a mortar and pestle. The paste was then spread over a flatbread, which often doubled as a plate in the Roman world—one which you could eat.

This kind of meal was quite common, and we find mortars and pestles scattered all across the Roman world. Though the coriander would have been expensive, the rest of the ingredients wouldn’t have been too hard to come by. Most rural peasants had their own herb garden, so the plowman would have gotten his parsley, dill, and garlic for nothing at all, and bread, salt, vinegar, and olive oil were, as we’ve already learned, the most common foodstuffs in the Roman world. Even though the richest and most elaborate foods were reserved for the elite, even a rural peasant could enjoy a relatively tasty breakfast at minimum cost. 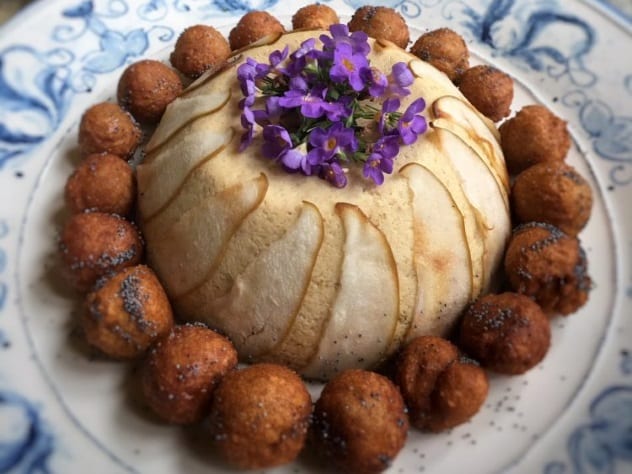 A patina was a Roman dish similar to a modern-day souffle. It could be sweet or savory, a dessert or a main meal, depending on what was cooked into it. The patina was very popular, at least among the Roman elite: In Apicius’s recipe book De Re Coquinaria, there are 36 different recipes for patinae, containing ingredients from pears to fish. Since Roman cuisine loved to combine sweet and savory foods in the same dish, many of these recipes seem strange to our modern palate—but eggs were perfect for Roman cooking, since they can be both sweet or savory depending on what ingredients they are put with.

Eggs were the main ingredient in a patina, which were combined with the other components in a special kind of pot that was usually placed directly into the embers of a fire. If the patina was cooked with the lid on, it would turn out lighter and more fluffy, but if the lid was kept off, it would be heavier and crispier. As such, it was a very versatile food that could take many forms. One of the recipes, for a “Patina of Pears” (result pictured above), calls for the use of nine ripe pears, sweet wine, honey, olive oil, cracked peppers, six eggs, cumin, and fish sauce. These would be mixed together into a paste and cooked in the pot for about an hour until it hardened.[9] 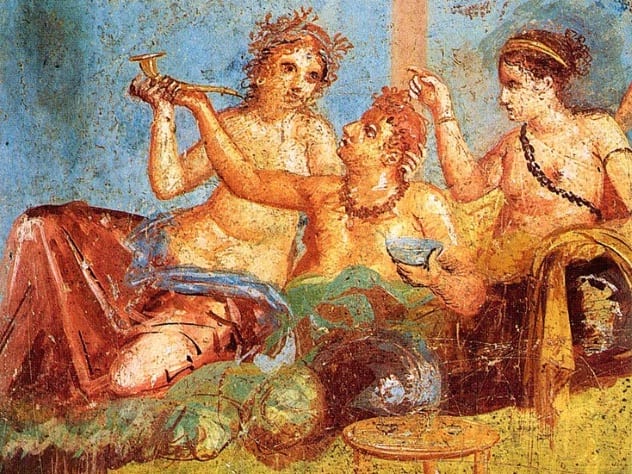 One of the best examples of the Roman taste for dishes that were sweet and savory at the same time also comes from De Re Coquinaria. Gustum de praecoquis was a starter dish that would only have been served in elite Roman households, since the lower classes almost never ate multicourse meals. Such a dish would be used to impress guests with both the ingredients the host had access to and the skills of the cooks they could afford to employ.

Gustum de praecoquis was, simply, apricots in sauce.[10] The cook would boil some apricots in a pan. Then they would add ground pepper and mint, fish sauce, raisin wine, wine, and vinegar, along with a small bit of olive oil. Once the liquid reduced to a sauce (and the apricots were very soft, if not dissolved into the sauce), the cook would sprinkle it with more pepper and serve it.

This dish was undoubtedly sweet and could easily have been served as a dessert rather than a starter. But the addition of pepper, vinegar, and fish sauce would have given it a sharp, almost bitter tang.

Which Banana Would You Choose? Your Response May Affect Your Health