‘In the earliest stages of Alzheimer’s, it is not memory that gets affected,’ says Mr Medcalf.

‘Research shows instead that it is your brain’s processing speed that starts to slow, and this is what the new test shows.’

It is designed to work on screens such as an Apple iPad. The company says the test is so straightforward that it plans to sell an abbreviated two-minute form to anyone who wants to use it at home.

‘You could use it every day, to track how you’re doing over the weeks,’ adds Mr Medcalf.

Pilot projects are under way at three NHS trusts, in Staffordshire, Sussex and the West Midlands, and two care homes, to try to pick up signs of mild cognitive impairment (MCI), where people start forgetting names, have trouble planning or organising things or get easily distracted. 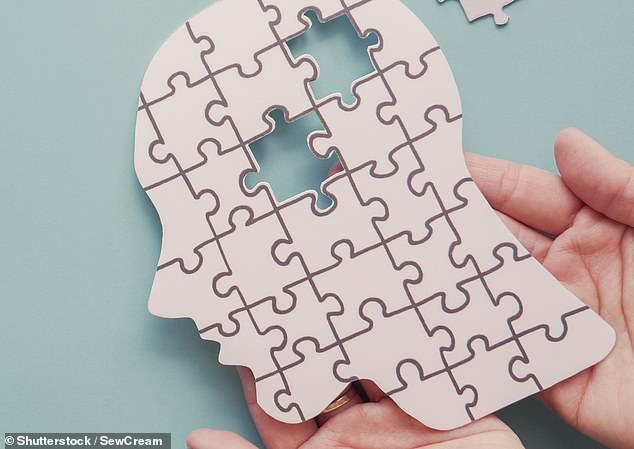 Would you want to know, more than a decade in advance, that dementia was to be your fate? How would that devastating news change your life, especially when there may be little you can do to delay its onset and science has repeatedly failed to come up with drugs to cure — or even radically slow — its progress?

An estimated one in ten people with MCI develops dementia. Meanwhile, scientists at the Centre for Neurodegenerative Diseases in Bonn, Germany, are working on a rather more complex test they believe will also predict if someone will get dementia up to five years before it develops.

They have identified three molecules in the blood, called microRNAs, that may indicate Alzheimer’s risk. MicroRNAs act as chemical messengers between cells, transporting instructions about, for example, the building of essential new proteins.

In research published in the journal EMBO Molecular Medicine, the scientists described how 90 per cent of older people with very raised levels of the three molecules developed Alzheimer’s within two years.

Andre Fischer, a professor of psychiatry who led the research, says: ‘An increased blood level of these three microRNAs can indicate that Alzheimer’s symptoms will begin about two to five years later.’ Researchers now hope to develop a simple blood test that can be applied in routine medical care to assess dementia risk.

They say it may also be possible to develop drugs that can reverse the increase in these microRNAs — potentially undoing some of the damage.

But how helpful is it to find out years in advance that you may be on course for an incurable illness?

Hannah Churchill, research communications manager at the Alzheimer’s Society, told Good Health: ‘There is no sure-fire way to prevent the onset of dementia. Researchers believe that only around 40 per cent of cases may be preventable, by addressing risk factors such as hearing loss, smoking, excess drinking or obesity. The other 60 per cent of dementia cases may not be linked to modifiable risk factors. Our age and genetics will also play a role and are outside our control.’

But not everyone thinks this renders risk-testing useless. ‘There has always been this argument in dementia care: should we bother doing something if we can’t do anything about it?’ says Mr Medcalf. ‘I say yes — at the very least you can put your affairs in order and give legal power of attorney to your loved ones in good time.’

However, research suggests people prefer not to know their risk of dementia.

The Social Care Institute for Excellence, a UK charity, says many people with early signs of dementia ‘choose not to seek a diagnosis’ because of concerns about the effect on their jobs, social lives and ability to drive.

In May 2020, psychiatrists at Yale University in the U.S. reported that adults aged over 65 who had recently been diagnosed with Alzheimer’s or other types of dementia were twice as likely to die from suicide compared with those who didn’t have dementia.

If You Notice This When You’re Walking, Your Heart May Be in Trouble